We had an early start today, with coffee on our doorstep at 5:15am before leaving at 5:30 am to get the the local Hazda tribe. We arrived in the pre dawn gloaming, and walked trough the scrub to get to the tribesmen. They were crouched down around the fire, preparing their morning smoke (marijuana), and tidying their arrows. One man brought out yesterday's dikdik and proceeded to gut and skin it. It was a small female, and was in fact pregnant - we were shown the foetus before it was given to a couple of the scrawny hunting dogs. The innards were mostly hung out to dry, as was the carcass and the skin, whilst the head and a few other pieces were put in the fire for pre hunt sustenance. There were around 6 men here, then we were taken around the corner to the 6 or so women in the group. They were also crouched around a fire and preparing for their day. They forage, and provide about 90% of the food for the group.

Their huts are small and made of leaves and sticks - temporary structures designed to keep only light rain out. They were similar in size to a typical 2 man dome dent, and usually sleep a married couple - men only have 1 wife in this tribe. We set off with three young men on the hunt, they were armed with a bow and 6 arrows each, and we followed quickly behind. They proved to be deft shots with the bow, but birds were the only prey we spotted. We walked through the scrub and then along a dry sandy riverbed, crossing it before we got to big baobab tree with timber pegs or footholds stuck in it. This was a water tree. The tribesmen climbed the tree, then used a cut PET water bottle to fish water out, have a drink, the bring it back down to share with the dogs (by pouring it into a shallow hole in the ground).

The men started a fire (by rubbing sticks and then placing the hot shavings on dried dung collected from the creek bed) and prepared two of the doves they had shot. Luca asked to try some when it was cooked, so we all had a small taste once it was cooked. It was very smoky, but good, and even the girls enjoyed it. The dogs got the innards and most of a smaller bird, and the tribesmen ate the entire bird - bones and all. The bigger feathers were saved, perhaps for arrow tails.

It was now 8.30 so we started back the way we came. We saw dikdik footprints, but no animals. We walked past another tribes' hut, and it was odd how the Hadza walked past without any acknowledgement. The baobab and flat top acacias provided a quintessential African scene. We found some porcupine quills on the ground, and a couple of Franklin bird eggs.  Our guide pointed them out, and the Hadza wanted to take them, but he admonished them. He thought they should be left to grow into birds - better eating if nothing else. He said to Charlie afterwards that the 'Hadza have no future.  They think only of today'. Back at the camp, another dikdik and a rabbit were now hanging and drying, and the men prepared to demonstrate their archery target practice. Then Charlie and the kids had a turn. Charlie hit the target on his 3rd shot, and each of the kids got pretty close. Apparently, women don't get to try.

Back at our lodge for a cooked breakfast, followed by lunch only 3 hours later, we had a quiet afternoon - a snooze for Milla and I, a swim for all the kids, a walk by the lake shore and then it was time for our next excursion - to see the Dagota tribespeople .  They are pastoralists and blacksmiths, so we were there to see how they lived, and how they smithed. We were met by two women, one around 60 although she did not know her age, and a younger woman who looked to be in her early 20's but could have been 30. she had a little girl with her, perhaps 18 months old. They were dressed in more traditional beaded goat skins, and the bibi had faded tattoos around here eyes. It is not done anymore and was apparently a very painful procedure (no kidding!) with significant infection risk.

They took us into the main hut and showed us how they grind maize using two stones, and then the little sleeping area of a single (quite large, perhaps queen sized area) bed draped with goat skin on which the family would sleep. There were dried gourds hanging from the ceiling beams that are used for water, milk, alcohol or other liquid.  An adjacent area was where the man did his smithing. He had a roofing nail and was hammering it against a stone, flattening and shaping it. Meanwhile, some brass scrap was put in a little boat shaped metal dish and into the oaks. More coals were piled on top, and the younger woman started manning the goat skin bellows to fan the flames. They know the brass is sufficiently melted when the flame changes to a more yellow color. Meanwhile, the roofing nail continued to be hammered and shaped, occasionally cut with a chisel tipped punch.

The brass when melted was poured into an oiled cast, and within a minute or so, cooled enough to maintain its shaped so was slipped into a small puddle created on the ground. This would be molded into a brass bracelet. They produced bangles in brass, copper and aluminum for sale, as well as colorful plastic bead necklaces. Charlie bought the arrowhead we watched being created, whilst the kids bought some beads and Gran some bangles.

At the lodge, the vervet monkeys kept an eye on us and especially our food. We were fed far too much here, with very big serves of very familiar food. At the end of lunch today, the kids had left the table when a vervat that had been sitting on the open window sill leapt onto the table, skidded on a placemat, grabbed a small bread roll and took  off into the rafters above the bar. He later came back to eat Luca's fruit salad, meanwhile the kids called out in excitement that another monkey was eating from a sugar bowl by the pool where another family had left their coffee. This monkey was hilarious - whiskers covered in sugar, greedily plunging face down into the bowl, coming up for air, then face down again.

At dinner each night there were a couple of small bats flitting around the lights, swooping from one orator the area to another the bugs, monkeys another wildlife made for a very noisy night, but it was the rhino beetle crawling up the canvas door flap of the tent that made the most disturbing sound. It gripped the canvas with every step, making an odd scratching, rummaging sound. I flicked it down, but it climbed back up the fly screen (silently) and was trapped against the canvas again at the top. So, I picked him up and put him outside - no way could I sleep with that noise! He was over an inch long, and almost as wide, jet black and beautiful. 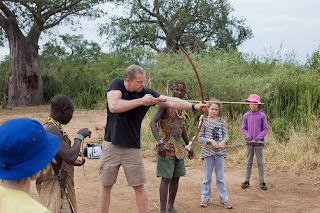 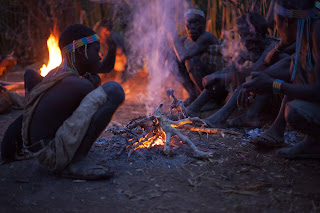 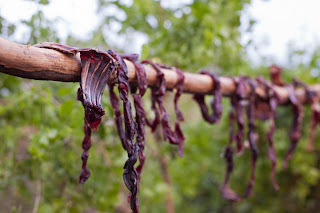 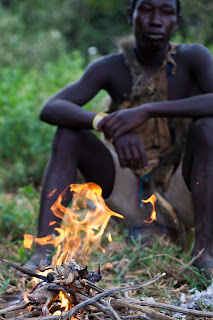 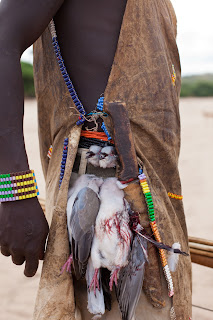 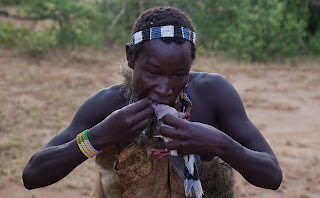 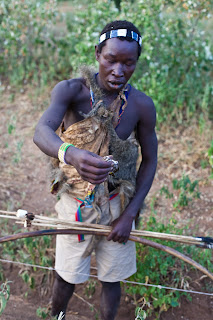 Posted by Lawrence Photography at 2:55 AM